“The majority of American adults have driver’s licenses. These scans will include an overwhelming number of drivers who have never been accused of a crime. DMV information essentially offers law enforcement the unchecked ability to search without a warrant. In effect, these license databases have become criminal databases, each search justified by the chance that someone documented there is guilty of a crime. Everyone in them has become a suspect.

Three years ago, the center revealed that nearly half of all U.S. adults are already in the FBI’s facial-recognition database, which is largely sourced from DMV photos.” https://www.theatlantic.com/technol...-states-granted-ice-access-dmv-photos/593509/

“...some police-reform advocates argue that recent technological advances mean these cameras are increasingly used not to scrutinize police, but to surveil the public. Recorded footage uploads to the cloud, allowing police to hold more images and videos, and to hold them longer. Object recognition lets officers quickly search through hours of footage to find items of interest (a red backpack, for example). With live-streaming, officers can send everything they see back to department headquarters nearly instantaneously.

...the Electronic Frontier Foundation (EFF) released a request for information (RFI) from Customs and Border Protection revealing its interest in body cameras equipped with facial recognition. The cameras could match a person’s face against a database of preexisting images—for example, mug shots or driver’s-license photos—in real time, allowing, for example, a CBP officer the near-instantaneous ability to confirm a person’s identity just by scanning his face as he walks by.

Biometric databases such as the CBP’s also attract hackers who can sell the valuable information on the dark web. In March, the CBP announced that hackers had stolen thousands of travelers’ ID photos and license-plate images from a subcontractor.“ 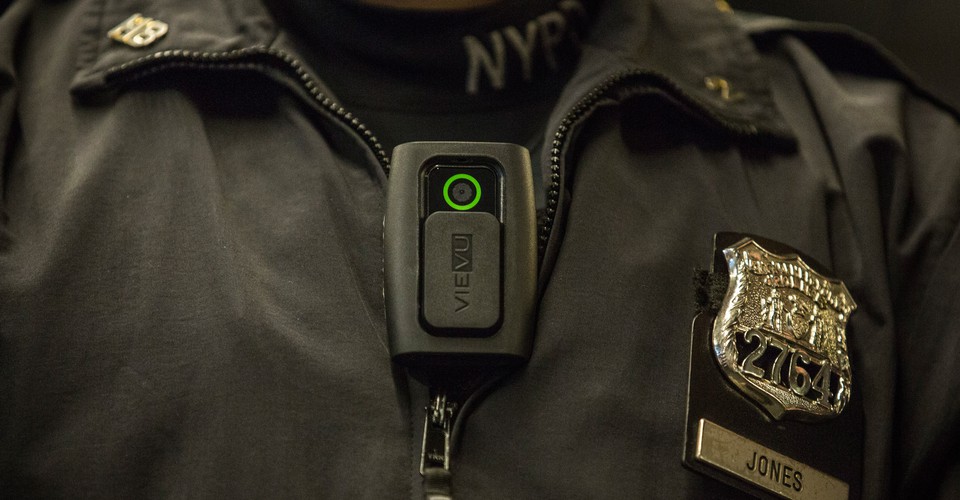 Body cameras were supposed to fix a broken system. What happened?

all w/o one iota of judicial oversight as Orwell’s 1949 tome becomes reality...

The price we pay to have a DL...and a iPhone...in the interconnected interwebz...in the Underverse...