Biden's song and dance on regarding 'gun violence' rhetoric starts yet again !!!

"President Joe Biden and New York City Mayor Eric Adams recently released their own proposals to reduce gun violence. On Thursday, the two met with New York Gov. Kathy Hochul and U.S. Attorney General Merrick Garland to discuss their strategies and speak with community members who have been caught in the crossfire.

On Thursday, the Biden administration announced additional steps to its ongoing plan to reduce gun violence. Under the proposal, the U.S. Department of Justice will work with state and local law enforcement to "address the most significant drivers of violence" in each town and municipality. The agency will also strengthen its multi-state task forces that are tasked with targeting the Iron Pipeline -- the illegal flow of guns from the South, [emphasis mine - where in the bloody South?] which has fewer restrictions on gun sales, to locations in the North."

The Biden administration has already doled out money to states and localities to expand on programs that help troubled youths and teens, [emphasis mine - uh only a summer pitch as we are now in the winter months?] such as summer job initiatives and mental health programs. 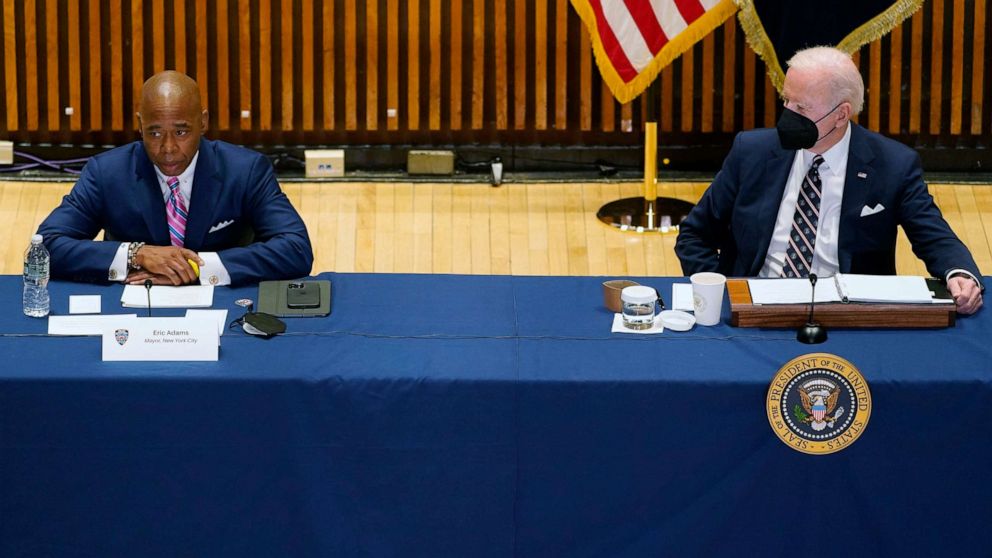